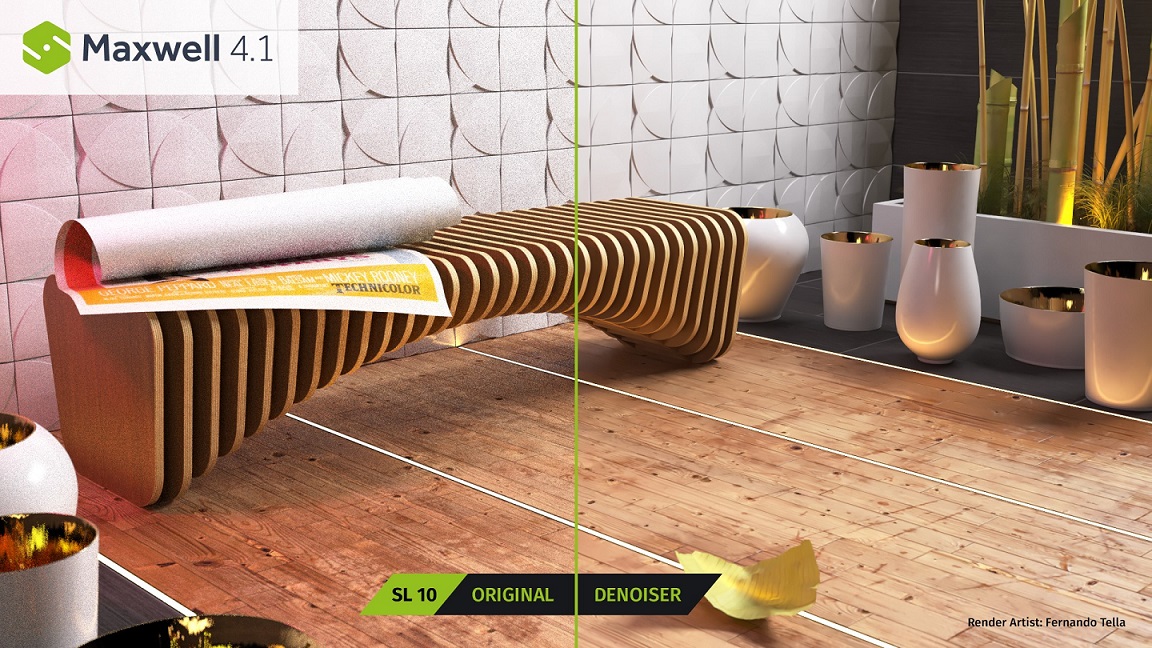 Today sees Next Limit announce the official release of Maxwell 4.1. This is the first significant update of the latest version of its high-end rendering tool. Aiming to optimise user workflow, and decrease rendering times whilst maintaining the quality Maxwell is famous for, this new version introduces a powerful Denoiser (by Innobright‘s Altus).

The new Denoiser feature helps to achieve clear images at a lower SL, and makes Maxwell up to eight times faster, depending on the scene. Instead of needing to render images to a high sampling level, users can keep it low and let the Denoiser do the job, setting it to denoise at all SLs or at the end.

In addition, Maxwell 4.1 brings a number of new features, fixes and improvements, including:

The tremendous performance improvements obtained with the denoiser surpass any previous experience with Maxwell, especially in situations where noise -an inherent problem in truly unbiased engines- requires long render times to clean. This version will also pave the way for many upcoming improvements in GPU rendering, interactivity and cloud deployment. We remain committed to preserving Maxwell as the leading ground truth in rendering technology.