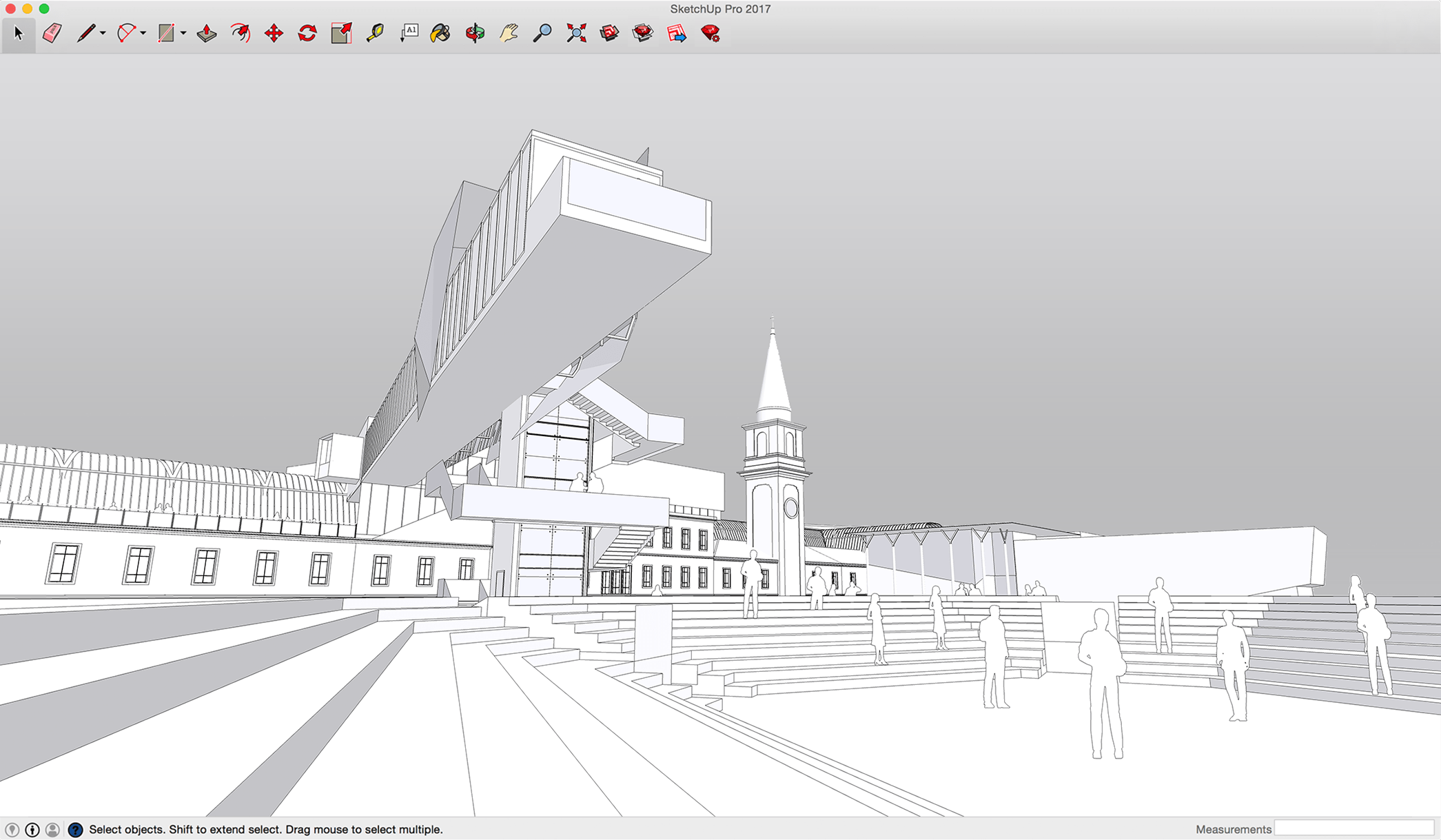 It’s here. SketchUp Pro 2017 has been released and it brings with it some tangible boosts to the underlying engine.

In this SketchUp release, Trimble have made major improvements to the graphics pipeline, creating performance improvements “everywhere you see a .SKP”.  This means the underlying graphics engine behind SketchUp, 3D Warehouse, LayOut,  my.SketchUp, and Trimble Connect is now unified – designed to produce a better quality experience across all platforms and allow for faster universal development in the future.

In addition to SketchUp’s graphics pipeline overhaul, there have been substantial enhancements to transparency, which should now render faster, at higher quality. SketchUp now handles displaying multiple transparencies better in order to provide a more realistic sense of depth across several clear faces. As an additional feature, it’s now possible to fine-tune the opacity level in X-ray mode.

We’ve tuned snapping and inferencing  for high definition monitors (like Apple’s Retina Display). Edge weights have also been smart-scaled. You can back away from your screen now…

Have you mastered parallel inferencing? We’ve added a ‘Perpendicular to Face’ inference. Hover a face; SketchUp will helpfully snap to its perpendicular.

Our Rectangle tools now utilize the arrow-key axis-locking (just like Circle and Polygon tools). Psst… find a Square or Golden Section; hold shift to lock that in too!

With SketchUp 2017 it’s now possible to customise the colors that display SketchUp’s axes and inferencing. Whether the change can help with visibility or just to tie in better with user’s preferences, it’s a useful new feature.

Manage and display spreadsheets in Layout with tables. Create a ‘Table’ from scratch, or import a CSV or Excel file. Tables behave just like other spreadsheets: edit text, style cells, modify columns and rows… and so on. LayOut references your original spreadsheet, so updating every Table in your document is super simple.

Many people use linework from SketchUp in other CAD applications. SketchUp Pro 2017’s re-written LayOut .DWG/.DXF exporter is designed to make this stage in design development even easier.

Previously, a ten page LayOut file would export as ten separate .dwg’s. Now you’ll get just one .dwg with ten separate tabs for each page.

LayOut exports are now smart enough to self scale for paper size or model space. Drawing entities like labels and, and polygons scales to paper size. Model linework scales to model space. Voilà!

We’ve added an oft-requested ‘Color-by-Layer’ option to CAD exports, so all entities on a given layer may export as one color. By default, black linework exports so that it renders as black on a white background and white on a black background. That’s like candy for CAD fiends.

A new utility, Extension Manager is a one-look view of your SketchUp extensions. From here, it’s easy to toggle on and off custom tools (or uninstall them entirely). Extension Manager also displays an extension’s Digital Signature, the indication it meets  our standard for quality and security.

Now, when you make a change to your SketchUp model, any LayOut dimensions associated with the model update to reflect your edit. This possible thanks to a new feature across SketchUp platform called Persistent IDs. These are identifiers for geometry that help SketchUp (and its extensions) manipulate individual entities, like a specific edge or face. Basically, every sliver of your model just got smarter.