Design student Oscar Fernandez has used Rhino 3D for his entry into the Dyson Design Competition to create something that solves a problem. 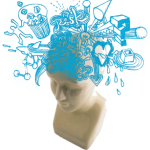 Fernandez’s product is a motorized add-on called the IWA (Independent Wheelchair Assist) that attaches to a wheel chair, turning it into a small automobile.

People can use their manual chairs while at home, then rev up the IWA, instead of a separate motor scooter, if they need to get out of the house. Fernandez’s design may look futuristic and slick but it was inspired by a very common problem, and one that’s deeply personal for to him. 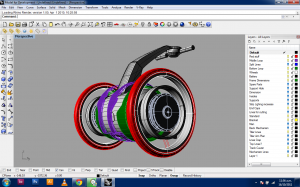 The IWA isn’t just a concept car for the geriatric set. It is the product of an intense design effort that started with a four-month-long research phase where Fernandez learned from people who lived with wheelchairs. He actually spent a week confined to one himself and says the experience was actually harder psychologically than physically and adds, “After a week or so I was pretty good at using the wheelchair, but I hated always having my neck popped back and having to talk up to people in social situations.”

He then proceeded to sketch up solutions to the problems he experienced, created rough mockups to test ergonomics, and made working prototypes to prove the functional concept. Once Fernandez settled on the basic design, he used a laser cutter and 3-D printer to create the structural elements of the model and assembled the final product with old-fashioned hand tools. The IWA has been thoughtfully considered as a medical device, but lookscool enough that even the able-bodied would take a second look. 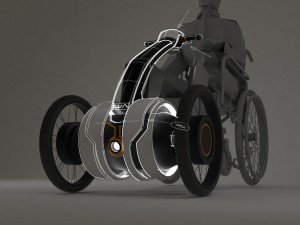 The James Dyson Award is an international student design award running in 18 countries. It’s run by the James Dyson Foundation, James Dyson’s charitable trust, as part of its mission to encourage the next generation of design engineers to be creative, challenge and invent.

The brief is to “Design something that solves a problem” and there will be a number of prizes,

International Winner:
– £10,000 the student or student team (of up to four members)
– £10,000 for their university department
– James Dyson Award trophy and Certificate

Up to nine National Finalists from each country:
– James Dyson Award Certificate

The competition is judged in 3 stages,

Stage 1: A panel of leading designers, engineers and design critics in each of the 18 participating countries shortlist the top ten entries and name the national winners.
Stage 2: A panel of Dyson design engineers scrutinise all national projects selecting the top 50.
Stage 3: An international judging panel of high-profile designers, engineers, academics and journalists pick 15 international finalists. Informed by the international judges, James Dyson will name the winner and two runners-up.
To see more information on the competition click here, or to see more information on Rhino 3D go to CAD Software Direct.